“I don’t understand any of this.”

“Welcome to my life. But let me ask you one more thing.”

“Do you really think writing bad poetry would help?”

She smiled again and reminded me of Sara.

“Yes. But burn it after you’ve written it.” 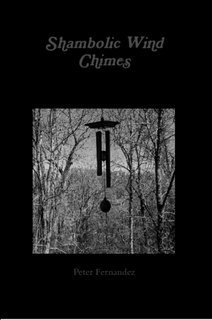 Authors Note: There was a time when writing this seemed like the only way to hold onto my sanity. I was sleep deprived and unbalanced. Now by a different light, I don’t quite know what to say about it.

It is a story. It contains musings. It says a lot about me. With a good edit I think I could be proud of it.

“The Life Aquatic with Steve Zissou” is the damnedest film. I can’t recommend it, but I would not for one second discourage you from seeing it.”
– Roger Ebert

Authors Note: I wrote this a long time ago because I was afraid of death. I still am. The best thing about it is the title, which I stole. I disavow a lot of it’s unexamined politics.

Summary:In a semi-dystopian near future, Darwin is frittering away his time, working at a toll booth long after the sentence mandated by the terms of his parole.

Music is the only thing that gives his life any semblance of meaning, so when a mysterious turtle-like creature knocks him unconscious and steals his albums he gives chase. This lands him trapped in an ugly brown cell with a diverse assortment of fellow abductees, all the sort of people willing to chase after kleptomaniac turtles.

A sudden jailbreak gives Darwin free run of the strange building, and he encounters a world he never thought possible – including indications that magic may be real.

As he explores, he encounters a variety of aliens, a large pink bunny, a morally flexible politician, and a mysterious goddess who haunts his dreams and wants to discuss his fear of death. Darwin may even be falling in love with one of his ex-cellmates. Or is that just fear talking?

Hopefully the novel rises above its premise.

A list of authors: If this novel manages to convey a fraction of the compelling characterizations of Robin Hobb, the imagination of Neil Gaiman, or the clarity of Kurt Vonnegut, I will be happy.

If good artists borrow, then I have attempted to steal everything I can from Steven Brust.

Current Project (draft): The Silence Between Us