I invite you to listen to the Rolling Stones Monkey Man, and not belabor the words (the mix certainly doesn’t) and instead listen to the guitar riff that snakes through the song (which plays both the roll of both lead and rhythm during the period when they are down a guitarist) and impending sense that the song could fall apart at any moment.

I started to make a playlist of my favorite songs of 2013. Upon reflection, I realized it was just a pretext to mention Kris Kristofferson’s album Feeling Mortal.  I still toy with the idea of writing a track by track breakdown of it. I think I feel obligated to mention it because the songs I would share from it aren’t available on Youtube etc…  Here is this instead:

I read this interview today, and I thought it deserved a wider audience.

When making these types of posts I find myself torn between

Part of the resolution to this may be the need for context. It matters why I am pointing rather than creating.

But then I use that quote, and I worry it’s meaning is obscured by being placed in this context.

Ah well. By the way, I also took away this phrase from the interview: “the confusion of information for experience”. Read it for yourself if you’d like.

Films like The Life Aquatic with Steve Zissou, in which he played a fractured Jacques Cousteau, are closer to comedies than they might appear, Murray says, as intellectually tuned to the dynamics of comedy as he is instinctive. “Every single scene of that movie was funny, but when Wes assembled it, he streamlined and excised the detonation point of the laughter. The idea is you keep it bouncing and never skim the energy off of it. You keep it building in the name of a big emotional payoff—which comes when they’re all in the submarine together and they see the jaguar shark.” source.

“Steve is a man who likes to be in control of everything even though he can’t control much. His mission to kill the Jaguar Shark is the ultimate act of hubris: he wants nothing less than to track and kill Death and re-assert autonomy over his life…

Near the end of the story, Zissou, his crewmates, his ex-wife, his patron, and his chief rival pile into a yellow submersible, descend to the ocean floor (bottoming out) and observe the monster through portholes. It’s a meeting rather than a battle, and it seems to restore everyone’s equilibrium, especially Steve’s. They can’t kill death or let it live; all they can do is watch it swim up to the sub, snag a fish and swim away. Steve’s catharsis comes not through dynamite, but tears. “I wonder if it remembers me?” he asks. The sequence is the ghastly climax of Moby Dick re-imagined as a comedy of enlightenment: Ahab finally confronts the beast that maimed him and realizes it was nothing personal.” Worth Reading.

I will add that I have a mistrust I cannot quite place in our culture’s idolization of Bill Murray.

Still, there is this from the same interview:

“The one time I got a bunch of prizes, I just assumed I’d win them all,” he says, rubbing his legs thoughtfully. “Because I’d been winning them all. I wasn’t disappointed or anything, but I was surprised.”

About six months later, however, he had a vivid realization: “I really saw something in myself and I thought, ‘Oh, my God. I really did want that thing!’ Some part of me was disappointed that I got tricked into thinking it was important. I told myself, if that happens again, I don’t want to do that.” He stares down at the table. “I’ve since realized that it was good I didn’t win, because I wasn’t ready. Guys go for five years without working because they’re thinking, ‘Oh, this isn’t Oscar-worthy.’ They become paralyzed. So. It would have fed that thing that I found in myself, without my even knowing. It would have been really malformed. Because I had it wrong.”

Just when I think I’m ready to fully embrace instrumental music as the purest experience, I hear records like Kris Kristofferson’s Feeling Mortal. It includes line’s this good:

“Because life is a song for the dying to sing”

Alongside songs that exemplify the best in pure musical country storytelling.

The coupe de grace for me would have been linking to a sample of Castaway, but the internet has it’s limits.

Thelonious Sphere Monk was criticized by observers who failed to listen to his music on its own terms, suffered through a decade of neglect before he was suddenly acclaimed as a genius; his music had not changed one bit in the interim. – source allmusic

Monk’s manner was idiosyncratic. Visually, he was renowned for his distinctive style in suits, hats and sunglasses. He was also noted for the fact that at times, while the other musicians in the band continued playing, he would stop, stand up from the keyboard and dance for a few moments before returning to the piano. – source Wikipedia

The search engine optimization on this site is terrible. It makes finding this blog difficult.

END_OF_DOCUMENT_TOKEN_TO_BE_REPLACED 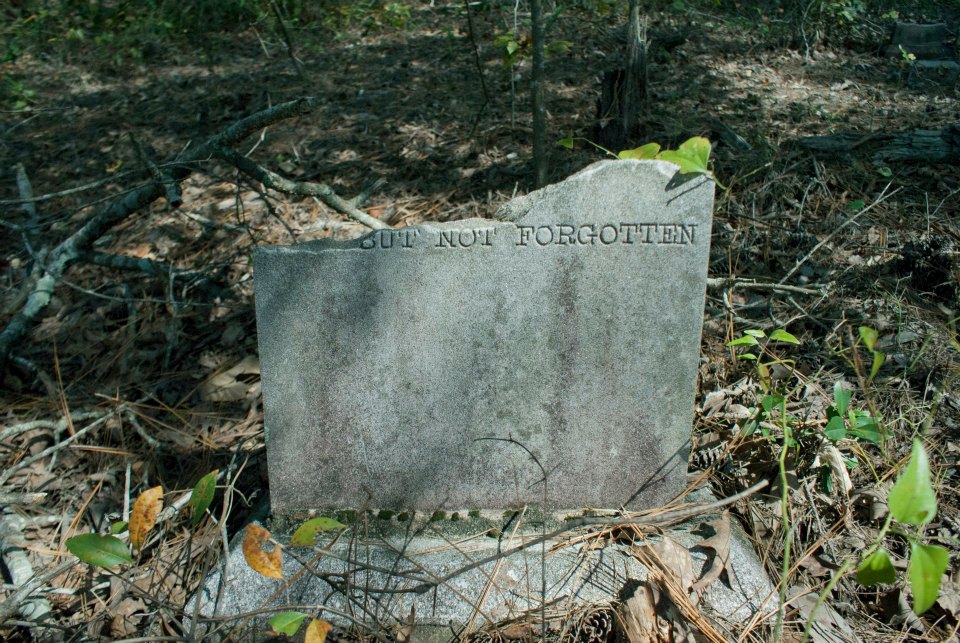 Here is a passage that resonates deeply with me:

The basic premise of The Denial of Death is that human civilization is ultimately an elaborate, symbolic defense mechanism against the knowledge of our mortality, which in turn acts as the emotional and intellectual response to our basic survival mechanism. Becker argues that a basic duality in human life exists between the physical world of objects and a symbolic world of human meaning. Thus, since man has a dualistic nature consisting of a physical self and a symbolic self, man is able to transcend the dilemma of mortality through heroism, a concept involving his symbolic half. By embarking on what Becker refers to as an “immortality project” (or causa sui), in which he creates or becomes part of something which he feels will last forever, man feels he has “become” heroic and, henceforth, part of something eternal; something that will never die, compared to his physical body that will die one day. This, in turn, gives man the feeling that his life
has meaning; a purpose; significance in the grand scheme of things.

From this premise, mental illness is most insightfully extrapolated as a bogging down in one’s hero system(s). When someone is experiencing depression, their causa sui (or heroism project) is failing, and they are being consistently reminded of their mortality and insignificance as a result. Schizophrenia is a step further than depression in which one’s causa sui is falling apart, making it impossible to engender sufficient defense mechanisms against their mortality; henceforth, the schizophrenic has to create their own reality or “world” in which they are better heroes. Becker argues that the conflict between immortality projects which contradict each other (particularly in religion) is the wellspring for the destruction and misery in our world caused by wars, bigotry, genocide, racism, nationalism, and so forth, since an immortality project which contradicts others indirectly suggests that the others are wrong.

Another theme running throughout the book is that humanity’s traditional “hero-systems” i.e. religion, are no longer convincing in the age of reason; science is attempting to solve the problem of man, something that Becker feels it can never do. The book states that we need new convincing “illusions” that enable us to feel heroic in the grand scheme of things, i.e. immortal. Becker, however, does not provide any definitive answer, mainly because he believes that there is no perfect solution. Instead, he hopes that gradual realization of man’s innate motivations, namely death, can help to bring about a better world.

As a work of nonfiction I find that I want to distance myself from this. There are very real practical implications of this worldview that I vehemently disagree with.

And it is far too simple.

But in quiet moments – as a thought experiment – these ideas resonate with me. I am susceptible to the idea that the whole world is motivated by a fear of death, because I see the world through the lens of my own ego.

Death has stalked my biography, often in ways I am not proud of. The specter of the inevitable obliteration of my existence has threatened to overwhelm me. Modern pop psychology and deductive logic suggest I search my memories for the source of this anxiety in some early trauma.

So far, no luck. I lived a very long time before anything or anyone important to me was taken away.

As a young child, I lay in bed, staring at a handcrafted wall-hanging of a prayer, written in colorful yarn:

I feared uncontrollable and unexpected doom. Fear was the coping mechanism to avoid  thinking about the reality.

Unlike a world that would someday exist without me, cancer was something I could potentially avoid. By staring into that void, I averted my eyes from the worst of it. So I feared cancer.

Defensively I mention that in college, I majored in religious studies. Through which I encountered a series of philosophies about how to understand the universe and our (my) place in it. I also took courses in psychology, sociology, astronomy, evolution, particle physics, death and dying, philosophy… a true liberal arts education.

Each of these perspectives gave me insight, and made me a better person. But they resulted in very little relief from the core problem.

Years later, I turned to Roger Ebert. At the time, I approached his statements with awe and reverence. A wise essayist posing as a film critic, I worshiped him as a hero. And being a pop critic and not a religious master, his peace with death seemed more attainable.

A false dichotomy to be sure.

He wrote, in part: “I know it is coming, and I do not fear it, because I believe there is nothing on the other side of death to fear. I hope to be spared as much pain as possible on the approach path. I was perfectly content before I was born, and I think of death as the same state. What I am grateful for is the gift of intelligence, and for life, love, wonder, and laughter. You can’t say it wasn’t interesting.”

I recoiled in horror.

But lately, I find this more palatable. Perhaps all my Buddhist readings have paid off. My brain cells are dieing as I age.

I still lie awake at night. Sometimes I catch a glimpse of death, and I’m paralyzed by it. But on good days, I can at least see what feeling at peace with being just a blip of life against the background of vast nothingness might be like.

I exist. Someday I may not. But that is ok. I … no, I can’t find the words. When I stare at it directly the peace flutters away.

I wasn’t a big fan of the movie, but I love this interpretation

“A few months ago, I decided it was finally time to see “Memento.” … I saw the movie as a parable of our historical moment. Leonard Shelby, the amnesiac hero, has been robbed of his context. So he scrawls notes and takes Polaroids to remind himself who he is and what he must do next.”

Current Project (draft): The Silence Between Us